Cbd shows some potential in treatment of neurological decline & seizures

Can I use CBD to treat Neurological Decline & Seizures? Epilepsy, Parkinson’s, Huntington’s disease? Neuro-degenerative diseases are associated with several conditions related to progressive neuronal loss. CBD oil has shown some potential for the treatment of Lou Gehrig’s, Alzheimer’s, Lewy Body Disease, and Parkinson’s, some of the more common neuro-degenerative conditions.

Considering using Cbd for Neurological Decline / anti-seizure? CBD is notably different from other phytocannabinoids in hemp and cannabis. Cannabidiol is not psychoactive, meaning it doesn’t induce the high associated with THC. CBD has little effect on the body’s endocannabinoid receptors, CB1 and CB2.

Because of its antioxidant, anti-inflammatory, and neuroprotective properties, CBD boasts a broad spectrum of potential therapeutic benefits. It also modulates higher numbers of the brain’s biological targets (such as receptors, channels) involved in the development and maintenance of neuro-degenerative diseases.

Early evidence shows CBD may have benefits for Alzheimer’s, Parkinson’s, and multiple sclerosis patients, which seem to indicate further study would be worthwhile. Historically, CBD has been used medicinally in Eastern and Western medicine.

In particular, CBD may be an effective treatment for neurological disease because it protects neuron degeneration. An Alzheimer’s study revealed that CBD may have hindered and slowed the development of Alzheimer’s symptoms.

How CBD works in the brain

CBD produces its effects along with a variety of molecular pathways. Even though CBD doesn’t bind with CB1 and CB2, it does act via several receptor-independent channels. It also can enhance or inhibit the binding action of specific protein-coupled receptors.

Serotonin receptors affect mood and cognition, as well as appetite. Through regulation of the release of such hormones as cortisol and oxytocin, serotonin acts to alleviate stress and modulate social behaviors. Serotonin regulation has implications for a variety of conditions and disorders: anxiety, depression, and schizophrenia.

Epilepsy is a seizure disorder; people with epilepsy experience a broad spectrum of different seizure types and frequencies. Seizures are unpredictably sudden and can cause other health issues. People with epilepsy are predisposed to a lifetime of unprovoked seizures. They can also suffer from a range of cognitive problems.

Two years ago, the Federal Drug Administration approved a cannabidiol-based prescription medication to treat 2 rare and especially severe forms of childhood-onset epilepsy—Dravet Syndrome and Lennox-Gastaut Syndrome—for children 2 and older. The active ingredient in Epidiolex is an especially purified form of cannabidiol, nearly 100%.

Lennox-Gastaut Syndrome, a severe form of epilepsy, generally begins in early childhood, usually between 3 and 5 years old. Children with Lennox-Gastaut can have several types of seizures.

Cannabidiol affects the body’s nervous system in ways that are different from other anti-epileptic medications. Although CBD’s mechanism isn’t completely understood, scientists have discovered that it works on nerve cell receptor systems that other drugs don’t affect by blocking GPR55 receptors.

As the U.S. and other countries relax their laws to allow for medical cannabis use, many patients are turning to CBD. That willingness is based on historical and limited preclinical and clinical evidence of the benefits of CBD.

Researchers at the Salk Institute found in a 2017 study that cannabinoids such as CBD may potentially work to remove or reverse dementia from, and increase connections between, brain cells. Other labs have validated the results. As yet, the U.S. Food and Drug Administration has not approved a CBD drug for dementia treatment.

CBD may appear to improve outcomes for dementia patients: reducing inflammation and oxidative build-up, stimulating the brain at a cellular level, and as a neuroprotectant. In addition to relieving stress and anxiety, CBD may halt the loss of memory and other brain function.

As an antioxidant, CBD may help to reduce the oxidative stress on cells and its negative impacts. Recent clinical trials and, in particular, a 2011 Australian study found that CBD promotes brain cell growth and development, which may halt Alzheimer’s decline in memory and other brain functions. Whether or not CBD has the potential to reverse the physiological impact of Alzheimer’s is still open to debate and further study.

Lewy body dementia (LBD) is characterized by abnormal deposits of alpha-synuclein protein in the brain that attacks acetylcholine, a neurotransmitter. Known as Lewy bodies, the deposits interfere with brain chemistry, resulting in impacts on cognition, sleep, motor function, behavior, and mood.

CBD does not block acetylcholine, LBD’s primary target. As an anti-inflammatory agent, CBD may reduce symptoms, such as tremor, rigidity, and slowness of movement. CBD may also act to maintain sleep rhythms.

Parkinson’s is a chronic and progressive disease of the nervous system linked to decreased dopamine production. Psychosis, as marked by hallucinations, delirium, and delusions, is sometimes a complication of late-stage Parkinson’s Disease. Sleep disruption and poor sleep quality is another common symptom.

CBD may be an effective neuroprotector, antioxidant, and anti-inflammatory. Those properties could be beneficial for managing Parkinson’s symptoms. However, research into CBD’s role in treating Parkinson’s has not been extensively studied. A small 2009 study suggests that CBD may have the potential to reduce the severity of psychotic symptoms, while others suggest CBD may improve sleep quality.

Research done in 2016 at the University of Madrid suggests that CBD’s effectiveness as an antioxidant and anti-inflammatory may help in the management of Huntington’s Disease at a safe and well-tolerated high dosage.

CBD’s anti-seizure, anti-inflammatory, and neuroprotective properties have been shown to have a potentially beneficial effect on multiple sites within the body’s nervous system. Certainly, CBD’s effectiveness in the treatment of epilepsy has demonstrated its potential for neurological disorders, warranting further study of its benefits.

We love hearing your good news! Why not connect with us on social media? Subscribe to our news letter? Or drop us an email with your CBD success story. 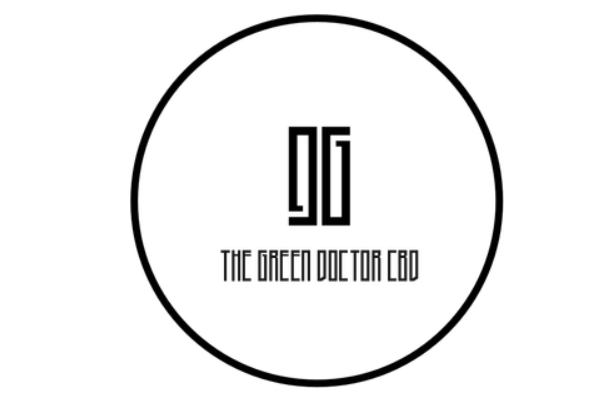